This is a genre that I only enjoy as an adult, long after the release dates for its music. Hearing songs like This Is It remind me of those moments in my childhood when adults were in charge of the music and I had to suffer through — car radios, stereos at parties, and jukeboxes. But then someone turned me on to Yacht Rock, a web series that starred a number of (fictionalized) stars of the late 70s and early 80s soft rock genre. It’s ridiculous, weird, and hilarious, and as a result I’ve grown to appreciate the “smooth music” of Michael McDonald (What A Fool Believes), Toto (Rosanna), and Steely Dan (Deacon Blues). In some ways Hall & Oates is a bit of stretch to include, but listen to Sara Smile and it all makes sense. 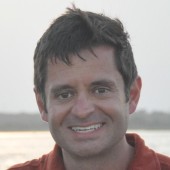 A Generation-X-er who grew up on Infra-Man, Thundarr the Barbarian, and Pop Rocks. Elementary school was Blondie, Middle school was Toto and Fat Boys, high school Queen and Beastie Boys, and college was A Tribe Called Quest and techno. These days Mix Mister B enjoys Yacht Rock, old school hip hop, non-clubby electronica, and anything Bowie.